Self Defense or Murder? 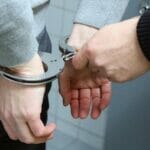 The following is based off reports of an actual event (true story).  The names and location have been changed to keep my young self out of court and jail.

It was a typical hot, humid evening in Chelsea, Oklahoma.   Andrew Tolson a prominent attorney in town pulled into the post office parking lot.  At 8 p.m. there was minimal traffic so he took a “handicapped” parking space while he quickly checked his legal firm’s mail.  He did not have a handicap nor the required placard to hang from his rear view mirror.

Charlie Gillman, a 69 year old retiree who did have a “handicapped” permit parked his beat-up pick-up in the space next to Tolson’s car.  Charlie was apparently perturbed that Mr. Tolson took a handicapped parking space without the required permit.  Charlie confronted the lawyer and told him he couldn’t park there.  As they often do, the exchange became heated and eventually culminated with the two men exchanging punches.  It seems Andrew Tolson landed a fist in Charlie’s face, then squared off prepared to continue but did not advance further.  Charlie attempted to strike back but was unsuccessful.  He does have a health condition and felt he could not defend himself and claimed he was in fear for his life.  Charlie then pulled his 380 caliber handgun and shot Andrew Tolson who later expired from complications from the wound.  Charlie was legally carrying his pistol and possessed a conceal and carry permit.

There were no witnesses to the incident, and post office security cameras were not positioned adequately to record what happened.  So, it was Charlie’s word against a man who could not tell the other side of the story.  Initially Charlie was released with no charges filed.  But eventually, a grand jury indicted Charlie and he has been charged with murder, and faces a potential prison sentence that could last the rest of his life.

The most unpredictable thing about self-defense law is that it varies radically based on the interpretations of the investigating officer, the prosecutor who presents the case, the grand jury who determines if there is enough evidence to indicate a crime was committed, and finally the jury that hears the case to arrive at a verdict of innocent or guilty.

The law allows a citizen to defend himself or herself, as long as they can reasonably believe that they were in immediate danger of death or grave bodily harm and the use of their gun was the only way to stop the threat.  The test is:  Was the shooter’s behavior reasonable at the time of the shooting, not evaluated in hindsight.  Additionally, the shooter’s response must be substantiated as “necessary.”  If in the opinion of the jury, it was not necessary to shoot the opponent, it cannot be used as “self-defense.”

In every Oklahoma Self Defense Act class I teach I advise students in this way. “The best violent incident is not the one in which you emerge victorious, wounded or not.  The best violent incident is the one in which you are not even involved.”  If you can turn and walk away from a verbal confrontation that has the potential to escalate to violence, perhaps walking away is the wisest choice.

If you are involved in a shooting, be sure you have competent legal representation immediately available.

Be informed, well trained, and be safe. 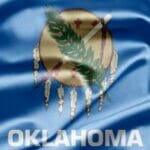 Anyone with an interest in guns in the state of Oklahoma knows by now there is a new law in town.  On February 27th, 2019 Governor Stitt signed into law house bill 2597.  This new law allows citizens who are 21 years of age or older to carry a handgun concealed or on open display.  However don’t start carrying a gun without a permit just yet.  The new law does not go into effect until November 1st, 2019.  Till that time, the current laws in effect today will remain the law with which we must abide till November.  If you already have your conceal and carry permit, keep it with you even after November 1st.  Some states you travel to may not recognize our constitutional carry law.

Active duty and reserve military personnel aged 18 years and over will be allowed to carry without a permit under the bill.  Veterans under age 21 who have received an honorable discharge will also be eligible.

The new law does not allow any county, town or city government to enact laws contrary to the states age requirements.  However, business owners, private property owners and houses of worship may prohibit the carrying of handguns on their property.  Institutions of higher learning and technical schools may also set their own policies regarding the possession of handguns on campus.

Persons who have been convicted of assault and battery or stalking will not be allowed to have a gun in public.  There are also limitations on where you may carry your pistol.  For example, court houses, the capitol, and other public buildings such as sporting arenas will prohibit firearms on their premises.

There are two other striking differences contained in the new law.  The previous requirement for training and proof of proficiency in operating the handgun have been eliminated.  After teaching almost 600 students, I can honestly say the thought of some people carrying a gun with zero training concerns me.  Secondly, when encountering a law enforcement officer in the performance of their duties, such as a routine traffic stop;  “No person shall be required to identify themselves  as a handgun licensee or as lawfully in possession of any other firearm if the law enforcement officer does not demand the information.”

Only time will tell if this new law works to the benefit or detriment to the safety of  Oklahomans.

It takes only a cursory search in the computer to find vehement arguments on both sides of the political fence, each quoting statistics and anecdotes to support their positions.

Constitutional (permitless) Carry is our right as guaranteed by the 2nd amendment.  With rights come responsibilities.  We are responsible to know how to safely transport, carry and operate a firearm.  It is our responsibility to know and obey the laws (and there are many) that govern the ownership and use of a firearm.  Employing the use of force or deadly force is an awesome responsibility.  Let’s not give the “anti-gunners” any opportunity to criticize our rights, they already do so enough.  Investing a few hours in training in someone’s Self Defense Act class would be a wise decision.

Be informed, be trained, be safe and be well.