My Own Self Defense 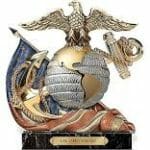 I cannot say when the idea of self-defense originally took root in my conscience.   It probably started well before my time in the Marine Corps.  But certainly my Drill Instructors and Platoon Sergeants in Quantico imbued me with the precept of being responsible for my own defense and more importantly, the defense of others.  I will always be grateful to those NCO’s for their lasting impressions on me.  They tore me down, rebuilt me, and made me a better man in the process.  But; that’s another story.

There is a lot of emotional rhetoric in the media today about violence and “gun control.”  Undeniably, there is an evil “force” at work in our country and its face all too often takes the form of mass shootings.  Such abominations as occurred in Aurora, Colorado–Thousand Oaks, California– Santa Fe, Texas–Las Vega Nevada– Parkland, Florida– Pittsburgh, Pennsylvania and far too many others leave a haunting scar upon our collective consciences.  Impassioned pleas for stricter gun control clash with vehement objections coming from the pro-gun crowd (of which I am one).  Somewhere between the two, there must be an equitable and workable resolution which works to protect the lives and rights of all citizens.

It seems to me, before we can end these atrocities, we must identify their source.  Is it as simple as extracting the cactus needle in your hand?  Or is it more like a cancerous growth with a potentially unknown myriad of contaminants yet to be discovered?  I expect the source of these horrendous acts, and their eventual reduction/cessation is multifaceted.  Indisputably, (at least to me) a shift in our culture contributes largely to this dilemma.  Contributors such as the ease with which a gun can be illegally obtained, the number of gangs operating in the U.S. (upwards of 30,000), the rise in mental health problems, (approximately 11 million seriously ill people), undereducated–untrained, therefore unemployable people, the drug epidemic (prescription and street drugs) the dilution of family values and morality, hate crimes and likely a plethora of other demons give birth to this evil phenomena.

One man’s opinion is that disarming law abiding citizens, or limiting their ability to defend themselves and others is absolutely a step in the wrong direction.  Until the powers that be can undoubtedly guarantee me they can defend me and those I love, I will maintain my Marine attitude;  and be my own  first line of defense.   Therefore, the onus is upon me and those who agree,  to be trained, prepared and responsible in our conduct and the possession of our defensive tools.