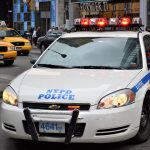 If you have to defend yourself or your family, remember your training:  Shoot till the threat stops, and then stop shooting and call 9-1-1 for police and an ambulance.  We don’t train to kill, and we don’t train to wound.  We train to create enough dysfunction in our attacker to stop the threat.  Forget about the one shot stop.  Shoot with combat accuracy at center mass of the target, if he stops his attack stop shooting.  If he turns and runs away, DO NOT pursue him.  Immediately call 9-1-1 and be the first to do so.

It was 3:00 a.m. in Harlem, and there was a block party going on.  Sadly, this true to life party came to a tragic end.  Angel Alvarez and Luis Soto got into a war of words that eventually lead to hailstorm of bullets.  Angel shot Luis Soto, and then turned his gun on the police rolling up on the scene.  You might think that would be a fatal mistake, and it very easily could have been Angel’s last move.  However unlike Hollywood movies, or television’s multiple police and military adventures, one shot was not enough for Angel Alvarez.  In fact, Alvarez was shot 21 times and survived.  Luis Soto was shot six times and expired. 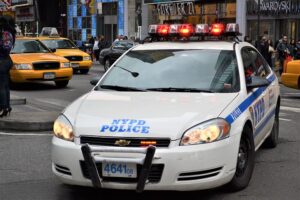 In 2007, Navy Seals had engaged al-Qaeda combatants in a village in Iraq.  Mike Day was clearing a house when a grenade knocked him unconscious.  Fortunately, Mike was out very briefly and as he recovered his battlefield skills, he killed two of the three insurgents that had attacked him.  This young hero was shot 27 times, but still fought his way through on his hands and knees till he reached a med-evac helicopter.  After his recuperation, Mike participated in an Ironman competition which included a 1.2 mile swim, a 56 mile bike ride and a 13 mile run to raise money for fellow veterans.  Maybe in Hollywood or on TV, Mike would have gone down on the first shot.  But, he took 27 shots and boarded the chopper to leave that party behind.

The point friends is quite simple.   One shot will rarely be enough to stop a determined attacker.  Be prepared to and capable of making follow-up shots until the threat has ended.  Practice, physically and prepare mentally and pray you never have to employ your expertise.  One shot?  Baloney.