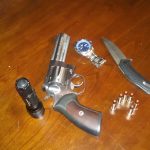 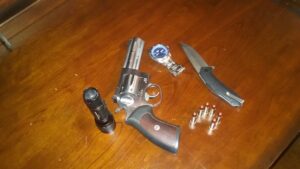 January 2nd, 2018, 10:50 p.m.  It was a very cold dark night in Tulsa.  A convenience store employee was headed home for the night.  A stranger approached the car and violently pulled on the car door, so forcibly, he ripped the handle off the door.  The victim noticed the stranger had a pistol in his hand.   Obviously, a nightmare about to happen. 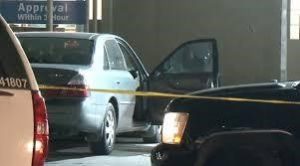 I don’t know exactly what that would feel like.  Panic, outrage, “what do I do?”  Oklahoma law had the victim protected under the “Castle Doctrine.”  As a concealed and carry permit holder, I would have been justified in using my firearm to defend myself.  My response in using my gun for defense has to be perceived as  reasonable and necessary in order to be justified. The attacker was definitely using force, and unlawfully trying to enter the car, plus he was armed with a handgun.  I believe those factors would have made my armed response justifiable.  The Castle Doctrine says “No man or woman is required to retreat before using force, even deadly force against an intruder into their home.”  That protection includes your dwelling, residence, place of business and your occupied vehicle.  Even under those conditions, shooting the attacker may not have been the best response.  Perhaps I could shoot, but should I shoot?  I believe avoiding an armed conflict is the prudent action when it is possible.  That way I avoid emotional self-condemnation for killing another human being.  I also avoid the potential of lawsuits from the attacker’s family.  They may have alleged the shooting was not reasonable or necessary.  Fortunately, in this case, the victim had the presence of mind, and the room to move his car in reverse.  That put the assailant on the run.  He was eventually found by a canine officer and arrested.  Speaking just for myself, I believe avoiding the armed conflict is a smart move.  But when the conflict cannot be avoided, the legally armed citizen must be prepared.  That preparation means knowing the law, having the training and possessing the proper mindset to use the gun when forced to do so.

Fitch Firearms Training For Self Defense

« It All Depends
Hollywood’s One Shot Baloney »